Crunchyroll Alternatives 2022: What is your number 1 source for watching anime movies online? If you're a big anime fan or an anime watcher, you would most likely have heard of Crunchyroll. With over 100 million registered users all over the globe that use the site to access anime movies and mangas, Crunchyroll remains one of the best sources for streaming movies.

Crunchyroll allows you to watch the finest anime online and watch free simulcasts of one piece, dragon ball super, attack on titan, naruto Shippuden, and more.

However, it seems users are not cool with the expensive premium plan of Crunchyroll. Their premium plan allows you to stream anime movies on up to four different devices with free ads. Some plans allow offline viewing also. This has made anime lovers look for other best Crunchyroll alternatives in 2022. 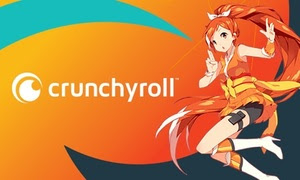 Crunchyroll is an online streaming platform that focuses on the amine market. It focuses solely on original and licensed anime series and movies. With millions of people using the site in over 200 countries and territories, Crunchyroll remains the number 1 source for anime and manga. Many people will visit Crunchyroll first to see whether their favorite anime program has a new episode available.

According to Susan J. Napier's 2016 book, "Anime from Akira to Howl's Moving Castle," anime accounts for over 60% of all animated television series worldwide. At first, animation movies were only meant for kids to watch.

After a while, the ideas began to evolve, and many adults began to like cartoon characters. When anime first appeared, the entire idea was altered. People of all ages now want this Japanese animation series of cartoon creatures.

Crunchyroll is well-known among fans of anime who enjoy watching classic anime series. However, the only factors that count when streaming anime are quality and language, and Crunchyroll shines in both areas. 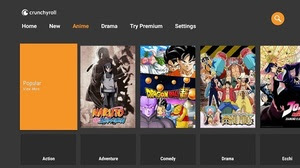 Crunchyroll allows you to instantly download thousands of anime titles subbed and dubbed to your smartphone or tablet, including:

You can check out Crunchyroll membership plans if you enjoy extra features such as tons of behind-the-scenes content and director interviews.

Crunchyroll costs $5 per month and up, depending on desired features (e.g., no ads, simulcast, content from previous seasons). So it is not free, but it is also not excessively expensive.

Currently, Crunchyroll claims to have 1,000 titles and 30,000 anime episodes available. Additionally, the business hosts several live events, such as the Crunchyroll Expo and Crunchyroll Anime Awards.

Wakanim is a French streaming platform that offers anime streaming services. Sadly, residents of the United States cannot access it.

Wakanim was formerly accessible in the UK, but Wakanim UK has since closed. Therefore, you cannot utilize Wakanim unless you reside in one of those nations Wakanim is allowed.

Because Wakanim broadcasts every anime lawfully and has the right to stream anything, it is prohibited in most places. As a result, they must cope with legal obligations and privileges.

However, they offer a good collection of anime, and individuals who enjoy Japanese anime find them rather popular in those nations.

Where is Wakanim available: Finland, Iceland, Norway, Denmark, and Sweden.

Another alternative to Crunchyroll is Nico Video, also known as Niconico. It's a Japanese website where you can watch anime movies. If you don't speak Japanese, it might not be as thrilling since everything is in that language.

However, if you were seeking a Crunchyroll alternative in the Japanese language, this might be it.

An excellent Crunchyroll alternative, AniPlus Asia has a friendly community. It offers you an opportunity to interact with others through Japanese animation and has a vast collection of excellent anime shows.

The free registration makes it a viable alternative for Crunchyroll. Additionally, it includes a fantastic store with a wide range of items related to anime and much more.

Viz Media is not only known for just video content but also anime content. You can read and watch anime on Viz Media. To see the most recent anime releases streaming on Viz, visit the Watch section.

Use the search box at the top of the website to look for a title or character. Seasons or episodes are also available for download.

If you want to read anime, head over to the Read section, You will find tons of volumes on adventure, mystery, romance, and other topics in the read section.

If you're searching for a Crunchyroll substitute and are interested in watching anime, Viz Media is something you want to check out.

KissAnime is another anime streaming platform that offers anime, manga, cartoon series, and more. In addition, you can watch and download anime movies and TV shows online on the website.

It provides more than 30,000 episodes of anime and live-action television shows. It includes many well-known shows, including Naruto Shippuden, Bleach, Attack on Titan, and many more.

Without requiring a subscription, it provides free anime streaming. The service does feature advertisements, but they only last for a few minutes per episode. As long as you stay on KissAnime's website, you can watch any content from anywhere globally because it has no regional restrictions.

One of the most well-known on-demand services in the world is Netflix. Its extensive library of video content includes a wide variety of great Netflix originals in addition to TV series, movies, and documentaries. For fans of anime, Netflix is another excellent resource.

Some well-known and legendary anime series include Naruto, Demon Slayer: Kimetsu no Yaiba, ONE PIECE, and One Punch Man, even though its collection is nothing as big as Crunchyroll's. Meanwhile, Netflix has doubled funding for Japanese anime production and gone all-in on the genre.

Where is Netflix available: Over 190 countries except China, Crimea, North Korea, and Syria.

You can find anime content on a ton of other channels, and if you search for your favorite shows on YouTube, you can even find some of the episodes there.

This is a great Crunchyroll alternative you should check out if you're a frequent Amazon customer and stream on Amazon.

Regarding anime, Amazon has a ton of titles with both dubbed and subtitled episodes. You can also watch Western movies.

Click on Genres > Anime to browse some anime movies and films available to Amazon Prime subscribers and for rent or purchase.

The Crunchyroll alternatives listed above are some of the most excellent options available if you don't want to join up for Crunchyroll but still need to watch anything online.

Suppose you're looking for an anime or cartoon that isn't presently airing or just want to relax with your favorite movie once again. In that case, one Crunchyroll alternative is sure to offer what you're looking for because they all contain several episodes and subtitles in several languages. You can as well check out Crunchyroll Premium accounts.